Inmédiats: From science centres to platforms of innovation

Started in February 2012, the Inmédiats project aims to imagine new paths between science and citizens and to renew the current practices of dissemination of science. Six science centres in France will be in charge of making this happen, by taking the best of digital tools and new uses, in a fully open innovation framework. 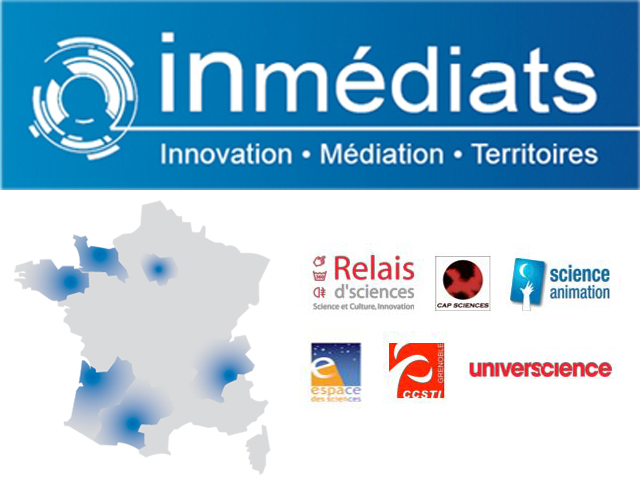 Breaking down the usual territorial logic

The story begins a few months earlier in Bordeaux. As soon as Bernard Alaux, director of Cap Sciences (Bordeaux’s science centre) learned about the “Big Loan” money, he contacted his colleagues, scattered in different parts of France. They needed to become partners, he told them, and build together the next generation science centres! He was so excited. Science centres should become “platforms of innovation” and should no longer rely on the outdated “deficit model”: now it would all be about “building knowledge together”.

« At this stage of the call, the six of us were thinking about the way we could maybe use digital tools in our daily mediation practices,” says Bruno Dosseur, director of Relais d’sciences, the Caen science center. “We all shared a desire to experiment with new things, although we knew this would not happen, unless we could be united to carry out a more ambitious project ».

And the six involved science centres make a good match here: the same taste for innovation, for movement, the same values and a common intuition. Cap Sciences in Bordeaux, will be coordinating the project and l’Espace des Sciences in Rennes, La Casemate in Grenoble, Relais d’Sciences in Caen, Science Animation in Toulouse, and finally Universcience in Paris will all be leading different parts related to Inmédiats.

For Inmédiats’ project leaders, such a level of collaboration between different regional science centres is unprecedented. “While starting to work together on the proposal, we made it clear already that it is possible to think in a much less centralized way to disseminate scientific culture. Usually, most of the dissemination effort is concentrated around the Paris area, and now, we are going for a new type of collaboration between the regions” says Laurent Chicoineau, director of Grenoble science centre.

Another challenge of the project is to reach teenagers and young adults. “Between 15 and 25 years old, people are becoming adults and citizens, they have to make the good decisions, choose the right career,” underlines Bruno Dosseur. It is such a pity that science centres today are not able to attract them more towards scientific careers. I consider it our role to adapt installations to suit their practices and uses, they should not be the ones to adapt.” That’s why Inmédiats relies on the way young adults and teenagers think and live: with a desire for instantaneous interaction and data, customized content, interactive experience… Digital is the key. It facilitates reaching an audience who is fascinated by new technologies. 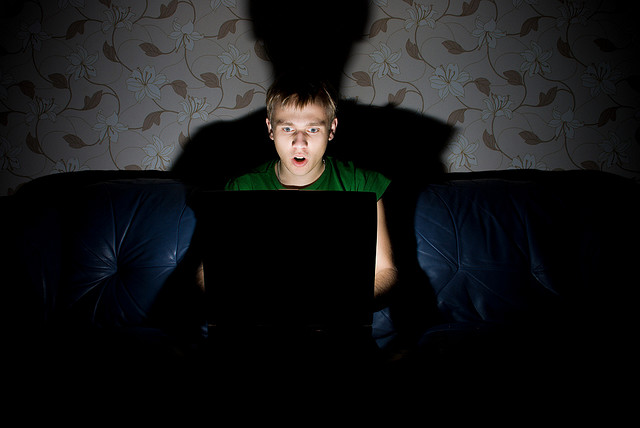 The mobility issue will be addressed. Young adults do not visit science centres, whereas they do spend a lot of time behind the screen of their smartphones. It will be up to Inmédiats’ team to be imaginative and innovative enough to reach this audience with this new medium. For Bernard Alaux, “we have to create bridges between virtual environment and our physical science centres, and keep in mind that no matter what, nothing beats human interactivity.” Digital tools only offer another opportunity to spark curiosity, and to bring the young public and scientists closer. Why not even motivate them to become scientists themselves? « It’s worth a try! » Bruno Dosseur says with a smile.

Once the call was officially open for submissions, in December 2010, the six partners met to outline the project “We did not want Inmédiats to be a superposition of our own projects,” Bruno Dosseur says. “We had to start everything from the beginning and build a unique and collective project. It had to make sense at a national level.”

Over the meetings, exchanges and discussions, the project was refined to achieve three main goals: (1) The implementation of structural facilities; (2) The creation of content and innovative digital services; (3) The evaluation and dissemination. Each of the three branches of the project supports specific operational projects to implement. “There will be different versions of a same subproject; implementation will differ from one place to another, taking into account that different regions of France do not have the same cultural history. Each of us chose to carry out complementary parts of the whole project.”

- Living Lab, coordinated by Relais d’sciences: Places for the experimentation of uses

The Living Labs idea is to create a place dedicated to testing new technologies and the way they are used, by involving users directly in the R&D process. Augmented reality, tactile interfaces, 3D devices and more will be experimented.

These workshops of creation and prototyping are open to all. They will allow everyone to take part in creating objects, in an interdisciplinary context of sharing and knowledge democratization.

What should tomorrow’s touring devices be made of, how should they look like? Are the “science trucks” still relevant today? These are questions that the Itinerant Media project will attempt to answer by testing new devices designed for travelling.

- Digital Studio, coordinated by L’Espace des Sciences: a space for capture and dissemination

The involved science centres will acquire multimedia recording and software tools connected to the web. The project will, for example, consider the distribution of an exhibition online.

The creation of content and innovative digital services goal is also divided into four field subprojects.

This subproject will allow visitors to test a device that Cap Sciences developed, which lets you follow the track of another visitor (called a “Science-o-naute”) walking inside the centre, thanks to RFID chip embedded “tickets” (called “Navinum”). It offers the possibility for the visitor to access customized content during the exhibition and afterwards on the Internet.

- Territorial Social Network, coordinated by The Casemate: a forum for cultural projects.

The web platform will bring together stakeholders from all backgrounds to strengthen regional collaboration and promote the emergence of cultural mediation projects: exhibitions, shows, associations, etc… Meetings will also be organized on the model of the “Carrefours des possibles”, literally the “Crossroads of the possible ».

This project aims to develop scientific and technical video games and evaluate their educational contribution.

Inmédiats team has the goal of developing secure, immersive virtual worlds based on quality scientific content. The idea is to produce discovery tools for example to interact with researchers and access ineffable universes.

« Testing tools is good. But it is essential to keep a critical eye on them,” Bernard Alaux insists. “We must evaluate, question and understand the uses. » Part of Inmédiats duty is to evaluate the new devices. The team will follow up, record and analyze increase/decreases in the number of visitors, feedbacks, public reactions…

« We also want to include cross disciplinary research work carried out by social science researchers who have a different view from ours. We are professionals,” Laurent Chicoineau adds. “We have to question the relationship between people and knowledge through digital devises. » The objective is to create knowledge about this topic, and to spread it. The team has already planned several seminars which will cover and present these research works. 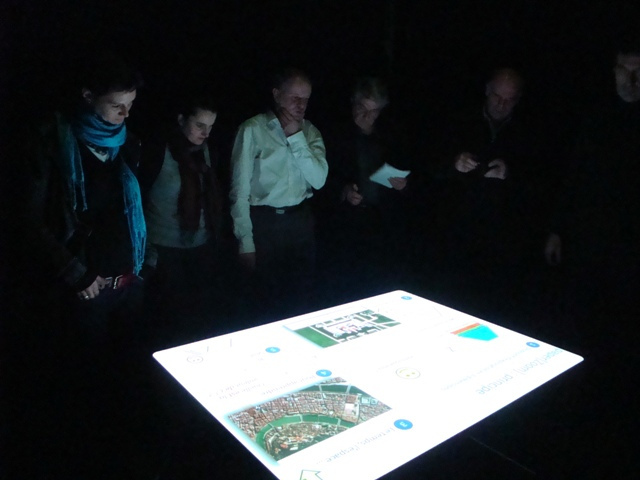 A cohesive group but open

For all Inmédiats’ members, this project is primarily « a great human adventure. » “We have a working philosophy based on our friendly relations, the six of us,” Bruno Dosseur confesses. “We share a great intellectual and cultural complicity.” The six involved centres were therefore able to find a balance based on exchange and equality, despite their disproportion in size and activity. « Universcience has a centralized vision and it is so big that no one could blame us for being a little frightened at first. But their staff agreed not to intervene as THE national reference center, but as a “regular” scientific culture organization, located in the region of Paris. « 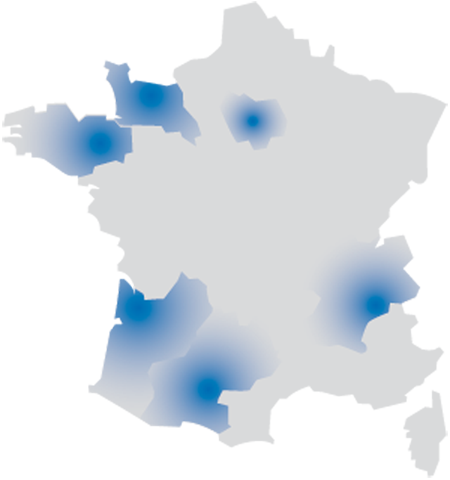 ”Our group, no matter how cohesive we are, is also very open to suggestions and new proposals, we are not a private club! » Inmédiats is the starting point of a « movement that brings together the territory’s scientific culture actors ». By the way, a second group of centres may already be forming following a similar impulse.

A group such as the consortium Inmédiats also means more weight for each structure towards its partners. « With only around 50,000 visitors a year in my center, If I go and talk to Apple, they will tell me I am a good boy… but that I need to leave.” Bruno Dosseur says, sarcastically. “On the Inmédiats project, our strength is multiplied, from a handful of colleagues to 150 persons working on the same topic. We benefit from an extraordinary leverage effect!

Very busy since the results of the “Grand Emprunt” call were announced, the consortium tries to include actors outside of the of scientific and technical culture field. « It’s very motivating to know that these people want to do things with us. This will probably go beyond just scientific culture and spread to other topics such as economic, social, environmental issues, etc. We support an all-knowledge economy in all its dimensions, from tourism to industrial innovation or design.”

Now, it’s about setting everything up, planning and defining with more accuracy the steps of the project for the period 2011-2015. “We are not going to play the spoiled children for five years! Starting now, we have got to build a sustainable economic model” explains Laurent Chicoineau. The six directors are already considering ways to approach and to partner with organizations, European and international networks « such as Fab Lab and Living Lab  networks ». 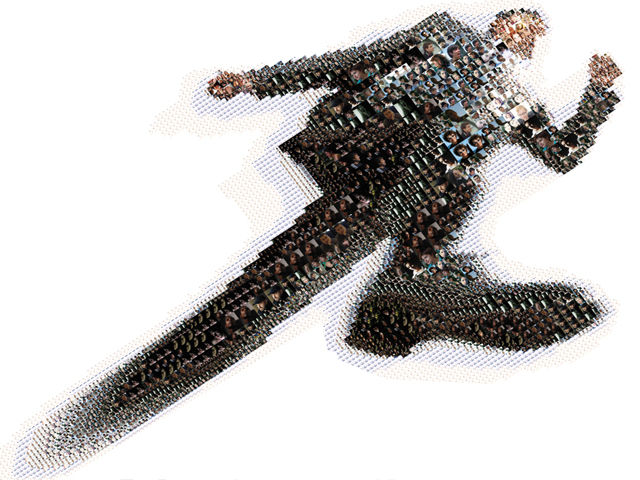 « We want to make from this project a true return on investment,” Bernard Alaux claims. “The science centres should no longer be perceived as cost centres, but centres of social and economic values. The time for blending skills has come. It is almost a new form of society we are starting to live in now. I mean, that also might just be me being too optimistic…«

>> This article was written in french by Audrey Bardon and translated into English by Gilles Grenot and Abby Tabor.